The best answers to the question “Difference between using gradlew and gradle” in the category Dev.

What is the difference between using gradlew and gradle or are they the same?

gradlew is a wrapper(w – character) that uses gradle.

Using Gradle Wrapper we can distribute/share a project to everybody to use the same version and Gradle’s functionality(compile, build, install…) even if it has not been installed.

To create a wrapper run: 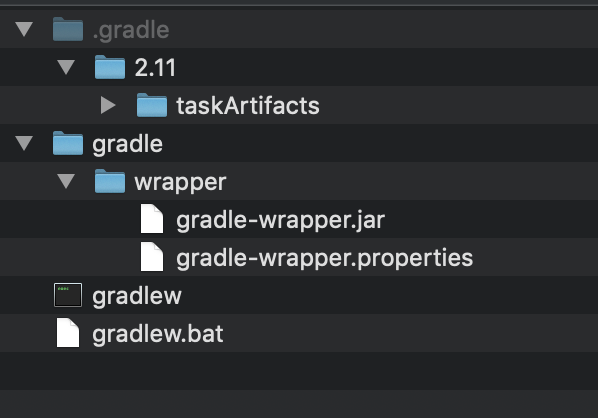 gradle-wrapper.properties will contain the information about the Gradle distribution

*./ Is used on Unix to specify the current directory

The difference lies in the fact that ./gradlew indicates you are using a gradle wrapper. The wrapper is generally part of a project and it facilitates installation of gradle. If you were using gradle without the wrapper you would have to manually install it – for example, on a mac brew install gradle and then invoke gradle using the gradle command. In both cases you are using gradle, but the former is more convenient and ensures version consistency across different machines.

Each Wrapper is tied to a specific version of Gradle, so when you
first run one of the commands above for a given Gradle version, it
will download the corresponding Gradle distribution and use it to
execute the build.

Not only does this mean that you don’t have to manually install Gradle
yourself, but you are also sure to use the version of Gradle that the
build is designed for. This makes your historical builds more reliable

Also, Udacity has a neat, high level video explaining the concept of the gradle wrapper – https://www.youtube.com/watch?v=1aA949H-shk