The best answers to the question “How do emulators work and how are they written? [closed]” in the category Dev.

How do emulators work? When I see NES/SNES or C64 emulators, it astounds me. 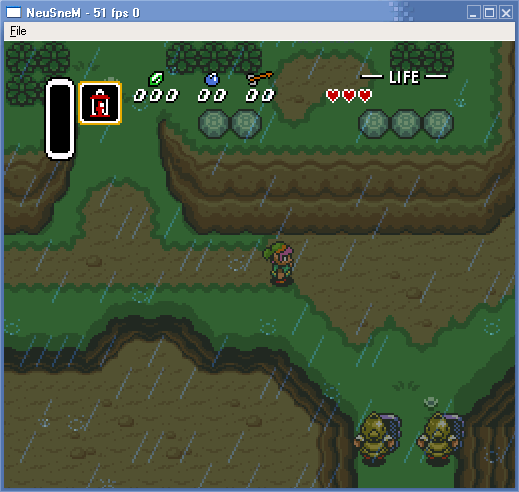 Do you have to emulate the processor of those machines by interpreting its particular assembly instructions? What else goes into it? How are they typically designed?

Can you give any advice for someone interested in writing an emulator (particularly a game system)?

A guy named Victor Moya del Barrio wrote his thesis on this topic. A lot of good information on 152 pages. You can download the PDF here.

If you don’t want to register with scribd, you can google for the PDF title, “Study of the techniques for emulation programming”. There are a couple of different sources for the PDF.

Emulation is a multi-faceted area. Here are the basic ideas and functional components. I’m going to break it into pieces and then fill in the details via edits. Many of the things I’m going to describe will require knowledge of the inner workings of processors — assembly knowledge is necessary. If I’m a bit too vague on certain things, please ask questions so I can continue to improve this answer.

Emulation works by handling the behavior of the processor and the individual components. You build each individual piece of the system and then connect the pieces much like wires do in hardware.

There are three ways of handling processor emulation:

With all of these paths, you have the same overall goal: execute a piece of code to modify processor state and interact with ‘hardware’. Processor state is a conglomeration of the processor registers, interrupt handlers, etc for a given processor target. For the 6502, you’d have a number of 8-bit integers representing registers: A, X, Y, P, and S; you’d also have a 16-bit PC register.

With dynamic recompilation, you iterate over the code much like interpretation, but instead of just executing opcodes, you build up a list of operations. Once you reach a branch instruction, you compile this list of operations to machine code for your host platform, then you cache this compiled code and execute it. Then when you hit a given instruction group again, you only have to execute the code from the cache. (BTW, most people don’t actually make a list of instructions but compile them to machine code on the fly — this makes it more difficult to optimize, but that’s out of the scope of this answer, unless enough people are interested)

With static recompilation, you do the same as in dynamic recompilation, but you follow branches. You end up building a chunk of code that represents all of the code in the program, which can then be executed with no further interference. This would be a great mechanism if it weren’t for the following problems:

The other side to processor emulation is the way in which you interact with hardware. This really has two sides:

Certain platforms — especially older consoles like the NES, SNES, etc — require your emulator to have strict timing to be completely compatible. With the NES, you have the PPU (pixel processing unit) which requires that the CPU put pixels into its memory at precise moments. If you use interpretation, you can easily count cycles and emulate proper timing; with dynamic/static recompilation, things are a /lot/ more complex.

Interrupts are the primary mechanism that the CPU communicates with hardware. Generally, your hardware components will tell the CPU what interrupts it cares about. This is pretty straightforward — when your code throws a given interrupt, you look at the interrupt handler table and call the proper callback.

There are two sides to emulating a given hardware device:

Take the case of a hard-drive. The functionality is emulated by creating the backing storage, read/write/format routines, etc. This part is generally very straightforward.

The actual interface of the device is a bit more complex. This is generally some combination of memory mapped registers (e.g. parts of memory that the device watches for changes to do signaling) and interrupts. For a hard-drive, you may have a memory mapped area where you place read commands, writes, etc, then read this data back.

I’d go into more detail, but there are a million ways you can go with it. If you have any specific questions here, feel free to ask and I’ll add the info.

I think I’ve given a pretty good intro here, but there are a ton of additional areas. I’m more than happy to help with any questions; I’ve been very vague in most of this simply due to the immense complexity.

It’s been well over a year since this answer was submitted and with all the attention it’s been getting, I figured it’s time to update some things.

Perhaps the most exciting thing in emulation right now is libcpu, started by the aforementioned Michael Steil. It’s a library intended to support a large number of CPU cores, which use LLVM for recompilation (static and dynamic!). It’s got huge potential, and I think it’ll do great things for emulation.

emu-docs has also been brought to my attention, which houses a great repository of system documentation, which is very useful for emulation purposes. I haven’t spent much time there, but it looks like they have a lot of great resources.

I’m glad this post has been helpful, and I’m hoping I can get off my arse and finish up my book on the subject by the end of the year/early next year.

I know that this question is a bit old, but I would like to add something to the discussion. Most of the answers here center around emulators interpreting the machine instructions of the systems they emulate.

However, there is a very well-known exception to this called “UltraHLE” (WIKIpedia article). UltraHLE, one of the most famous emulators ever created, emulated commercial Nintendo 64 games (with decent performance on home computers) at a time when it was widely considered impossible to do so. As a matter of fact, Nintendo was still producing new titles for the Nintendo 64 when UltraHLE was created!

For the first time, I saw articles about emulators in print magazines where before, I had only seen them discussed on the web.

The concept of UltraHLE was to make possible the impossible by emulating C library calls instead of machine level calls.

Emulation may seem daunting but is actually quite easier than simulating.

Any processor typically has a well-written specification that describes states, interactions, etc.

If you did not care about performance at all, then you could easily emulate most older processors using very elegant object oriented programs. For example, an X86 processor would need something to maintain the state of registers (easy), something to maintain the state of memory (easy), and something that would take each incoming command and apply it to the current state of the machine. If you really wanted accuracy, you would also emulate memory translations, caching, etc., but that is doable.

Of course, emulators for video games usually care about performance so they don’t use naive implementations, and they also include code that interfaces with the host system’s OS, for example to use drawing and sound.

Considering the very slow performance of old video games (NES/SNES, etc.), emulation is quite easy on modern systems. In fact, it’s even more amazing that you could just download a set of every SNES game ever or any Atari 2600 game ever, considering that when these systems were popular having free access to every cartridge would have been a dream come true.