The best answers to the question “Image Processing: Algorithm Improvement for 'Coca-Cola Can' Recognition” in the category Dev.

One of the most interesting projects I’ve worked on in the past couple of years was a project about image processing. The goal was to develop a system to be able to recognize Coca-Cola ‘cans’ (note that I’m stressing the word ‘cans’, you’ll see why in a minute). You can see a sample below, with the can recognized in the green rectangle with scale and rotation. 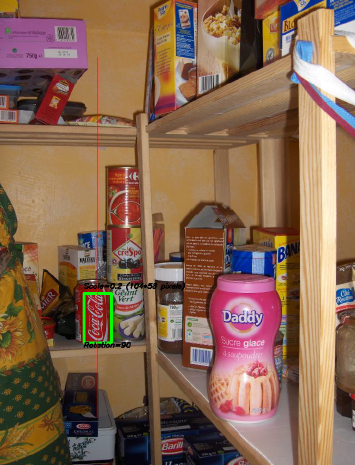 Some constraints on the project:

So you could end up with tricky things like this (which in this case had my algorithm totally fail): 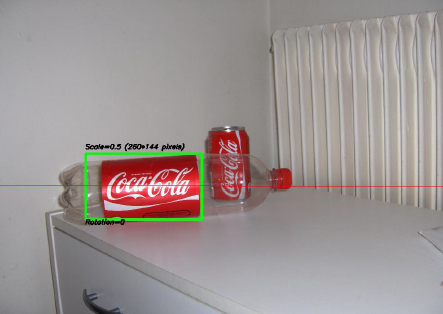 I did this project a while ago, and had a lot of fun doing it, and I had a decent implementation. Here are some details about my implementation:

Pre-processing: For the image pre-processing, i.e. transforming the image into a more raw form to give to the algorithm, I used 2 methods:

Algorithm: The algorithm itself I chose for this task was taken from this awesome book on feature extraction and called Generalized Hough Transform (pretty different from the regular Hough Transform). It basically says a few things:

In the end, you end up with a heat map of the votes, for example here all the pixels of the contour of the can will vote for its gravitational center, so you’ll have a lot of votes in the same pixel corresponding to the center, and will see a peak in the heat map as below: 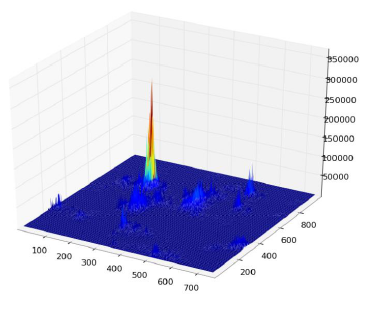 Once you have that, a simple threshold-based heuristic can give you the location of the center pixel, from which you can derive the scale and rotation and then plot your little rectangle around it (final scale and rotation factor will obviously be relative to your original template). In theory at least…

Results: Now, while this approach worked in the basic cases, it was severely lacking in some areas:

Can you help me improve my specific algorithm, using exclusively OpenCV features, to resolve the four specific issues mentioned?

I hope some people will also learn something out of it as well, after all I think not only people who ask questions should learn. 🙂

To speed things up, I would take advantage of the fact that you are not asked to find an arbitrary image/object, but specifically one with the Coca-Cola logo. This is significant because this logo is very distinctive, and it should have a characteristic, scale-invariant signature in the frequency domain, particularly in the red channel of RGB. That is to say, the alternating pattern of red-to-white-to-red encountered by a horizontal scan line (trained on a horizontally aligned logo) will have a distinctive “rhythm” as it passes through the central axis of the logo. That rhythm will “speed up” or “slow down” at different scales and orientations, but will remain proportionally equivalent. You could identify/define a few dozen such scanlines, both horizontally and vertically through the logo and several more diagonally, in a starburst pattern. Call these the “signature scan lines.” 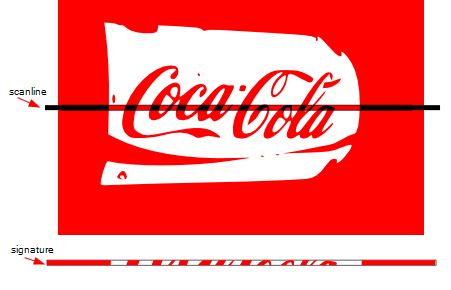 Searching for this signature in the target image is a simple matter of scanning the image in horizontal strips. Look for a high-frequency in the red-channel (indicating moving from a red region to a white one), and once found, see if it is followed by one of the frequency rhythms identified in the training session. Once a match is found, you will instantly know the scan-line’s orientation and location in the logo (if you keep track of those things during training), so identifying the boundaries of the logo from there is trivial.

I would be surprised if this weren’t a linearly-efficient algorithm, or nearly so. It obviously doesn’t address your can-bottle discrimination, but at least you’ll have your logos.

(Update: for bottle recognition I would look for coke (the brown liquid) adjacent to the logo — that is, inside the bottle. Or, in the case of an empty bottle, I would look for a cap which will always have the same basic shape, size, and distance from the logo and will typically be all white or red. Search for a solid color eliptical shape where a cap should be, relative to the logo. Not foolproof of course, but your goal here should be to find the easy ones fast.)

(It’s been a few years since my image processing days, so I kept this suggestion high-level and conceptual. I think it might slightly approximate how a human eye might operate — or at least how my brain does!)

An alternative approach would be to extract features (keypoints) using the scale-invariant feature transform (SIFT) or Speeded Up Robust Features (SURF).

You can find a nice OpenCV code example in Java, C++, and Python on this page: Features2D + Homography to find a known object

Both algorithms are invariant to scaling and rotation. Since they work with features, you can also handle occlusion (as long as enough keypoints are visible).

The processing takes a few hundred ms for SIFT, SURF is bit faster, but it not suitable for real-time applications. ORB uses FAST which is weaker regarding rotation invariance.

Isn’t it difficult even for humans to distinguish between a bottle and a can in the second image (provided the transparent region of the bottle is hidden)?

They are almost the same except for a very small region (that is, width at the top of the can is a little small while the wrapper of the bottle is the same width throughout, but a minor change right?)

The first thing that came to my mind was to check for the red top of bottle. But it is still a problem, if there is no top for the bottle, or if it is partially hidden (as mentioned above).

The second thing I thought was about the transparency of bottle. OpenCV has some works on finding transparent objects in an image. Check the below links.

Particularly look at this to see how accurately they detect glass: 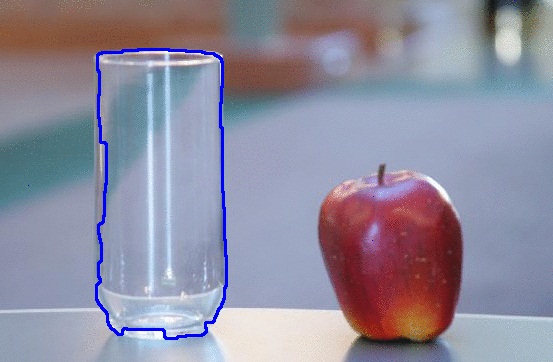 They say it is the implementation of the paper “A Geodesic Active Contour Framework for Finding Glass” by K. McHenry and J. Ponce, CVPR 2006.

It might be helpful in your case a little bit, but problem arises again if the bottle is filled.

So I think here, you can search for the transparent body of the bottles first or for a red region connected to two transparent objects laterally which is obviously the bottle. (When working ideally, an image as follows.) 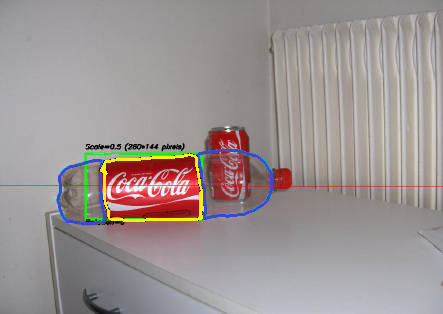 Now you can remove the yellow region, that is, the label of the bottle and run your algorithm to find the can.

Anyway, this solution also has different problems like in the other solutions.

But anyway, if there are none of the above problems in the pictures, this seems be to a better way.

Fun problem: when I glanced at your bottle image I thought it was a can too. But, as a human, what I did to tell the difference is that I then noticed it was also a bottle…

So, to tell cans and bottles apart, how about simply scanning for bottles first? If you find one, mask out the label before looking for cans.

Not too hard to implement if you’re already doing cans. The real downside is it doubles your processing time. (But thinking ahead to real-world applications, you’re going to end up wanting to do bottles anyway 😉