The best answers to the question “Maven: Failed to read artifact descriptor” in the category Dev.

I am hoping someone can help me with a problem I am struggling with.

When I try to build my project from the terminal I get this error:

The common.test-data-utils jar is created by a separate project and shared between this and another project (the other project doesn’t build either, but that is down to another problem).

I am able to build com.morrislgn.merchandising.common:test-data-utils without issue, I can see the entry it makes in the .m2 local repository on my machine. I have reindexed my repository in Eclipse also.

The POM for my project has this entry:

Which appears to be correct to me – the POM doesn’t report any errors either when it is viewed in Eclipse.

Can some one tell me what I am missing here or doing wrong?

I just ran into this problem when moving a project to a new computer. I was in the habit of running commands from the child project and didn’t run install on the parent.

You can always try mvn -U clean install

-U forces a check for updated releases and snapshots on remote repositories.

If you are using Eclipse, Right Click on your Project -> Maven -> Update Project. It will open Update Maven Project dialog box. 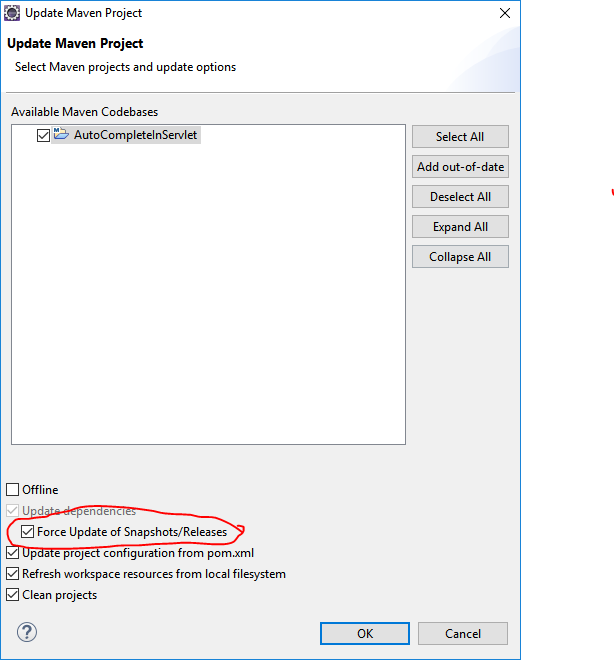 This worked for me !

Had the same issue with IntelliJ IDEA and following worked. 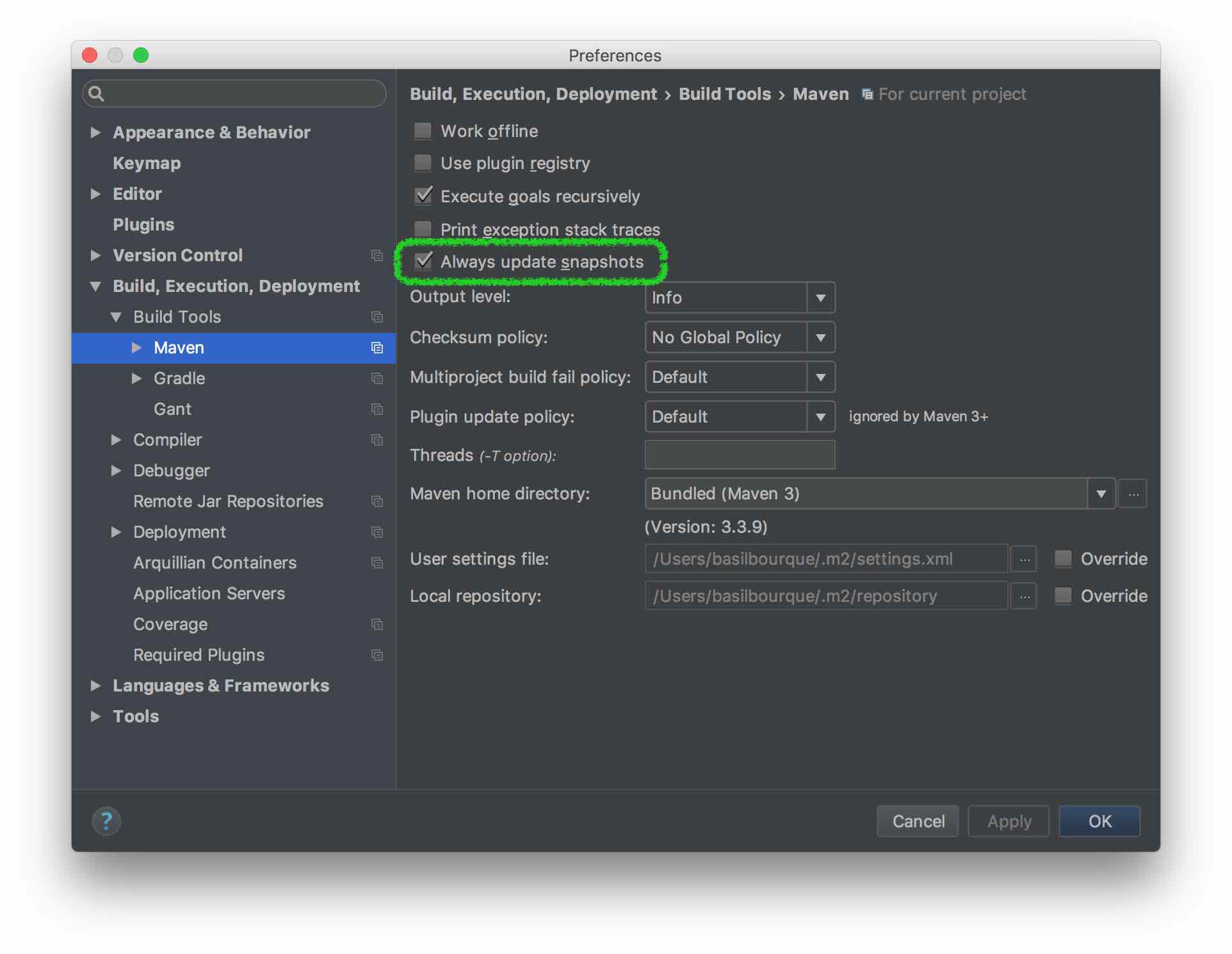