The best answers to the question “Why use pip over easy_install? [closed]” in the category Dev.

Closed. This question is opinion-based. It is not currently accepting answers.

Want to improve this question? Update the question so it can be answered with facts and citations by editing this post.

Don’t use easy_install, unless you
like stabbing yourself in the face.
Use pip.

Why use pip over easy_install? Doesn’t the fault lie with PyPI and package authors mostly? If an author uploads crap source tarball (eg: missing files, no setup.py) to PyPI, then both pip and easy_install will fail. Other than cosmetic differences, why do Python people (like in the above tweet) seem to strongly favor pip over easy_install?

(Let’s assume that we’re talking about easy_install from the Distribute package, that is maintained by the community)

Many of the answers here are out of date for 2015 (although the initially accepted one from Daniel Roseman is not). Here’s the current state of things:

From Ian Bicking’s own introduction to pip:

Two reasons, there may be more:

Another—as of yet unmentioned—reason for favoring pip is because it is the new hotness and will continue to be used in the future.

The infographic below—from the Current State of Packaging section in the The Hitchhiker’s Guide to Packaging v1.0—shows that setuptools/easy_install will go away in the future. 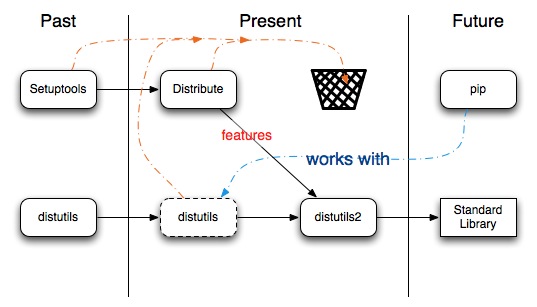 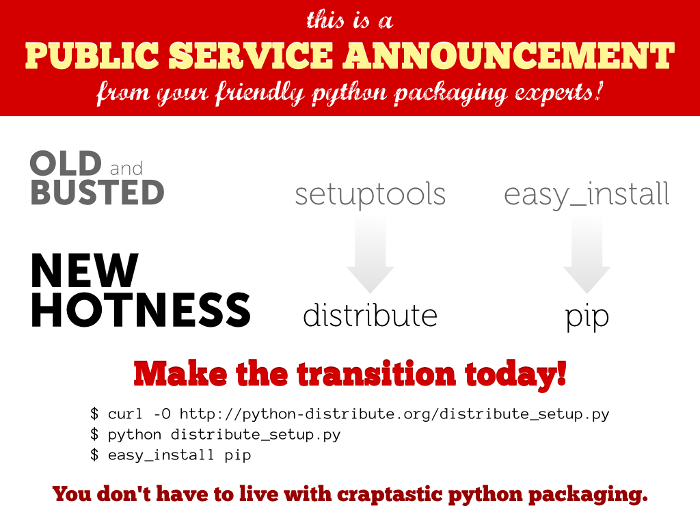